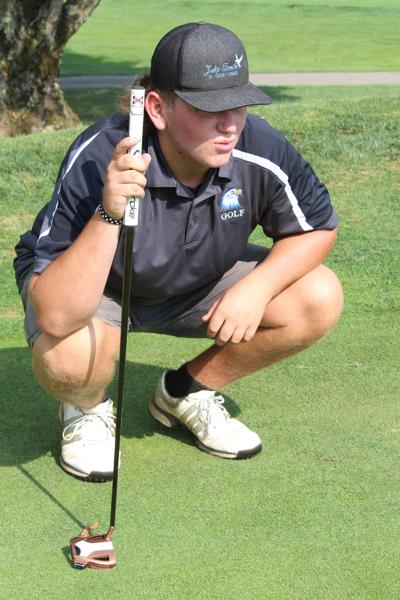 The match went on as scheduled.

But the host team was absent.

With Cambridge Springs Junior-Senior High School being closed until Sept. 20 due to COVID-19, the Blue Devils, who were supposed to host the match, could not compete.

Seneca High School’s team also did not compete due to the school being closed as a result of COVID-19.

“Congratulations to Union City on their victory,” Harakal said. “Thank you to Riverside Golf Course for supporting our golfers and hosting the match.

“I wish that Seneca and Cambridge Springs could have been able to participate.”

Union City’s Josh James led all golfers with a 71. He was followed by Cole DeSimone with 74, Tyler Parkhurst with 79 and Matt Yaple with 89.

Maplewood’s Matt Bernoski was low score for his team with 107. He was followed by Lucas Groger with 108, Avery Palotas with 111 and Rachel Brunot with 119.

Union City coach Steve Yovich was happy with the way his golfers.

“Our guys played solid today,” Yovich said. “I’m thrilled that even our fourth, fifth and sixth golfers have started to play better.”

Union City is scheduled to host the next Region 3 mega-match on Thursday at the Union City Country Club.