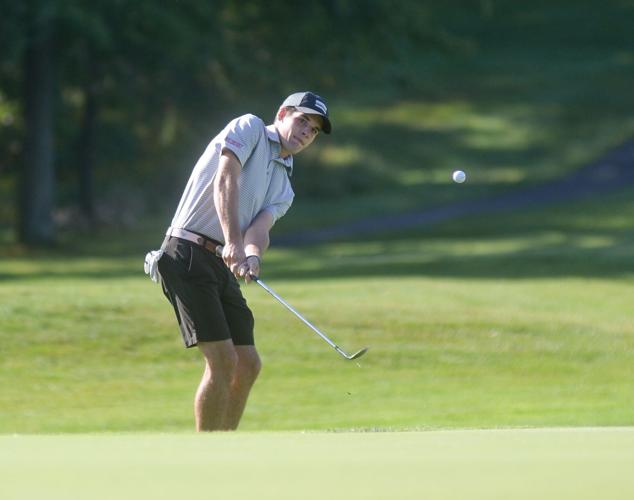 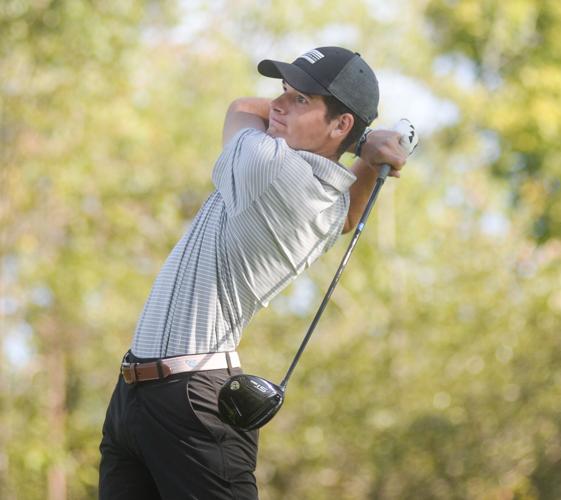 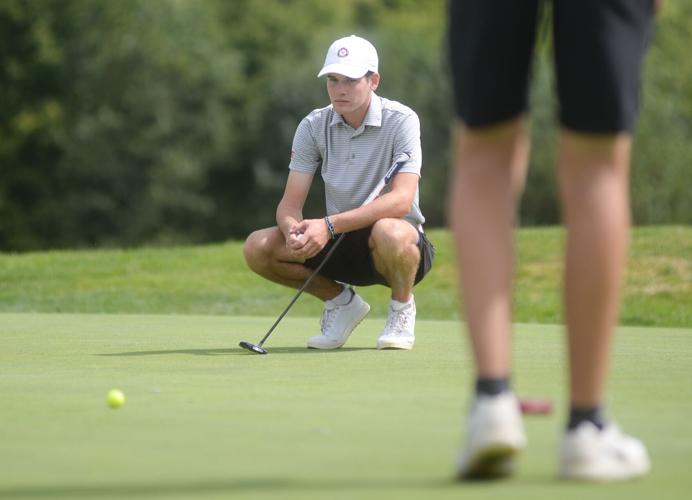 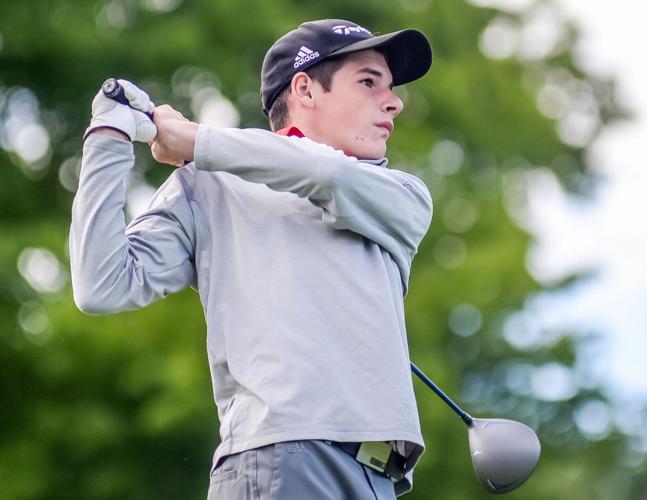 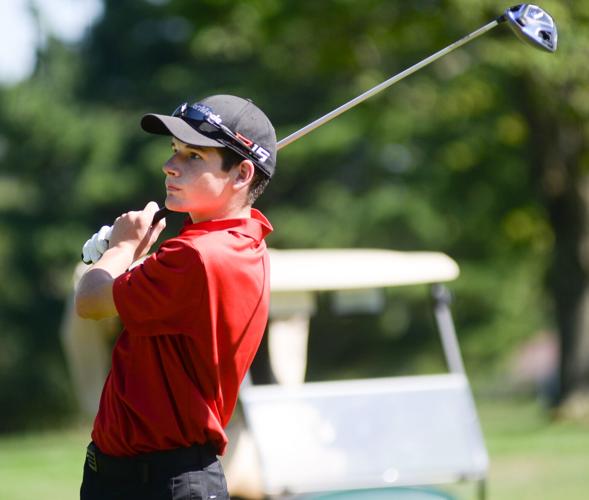 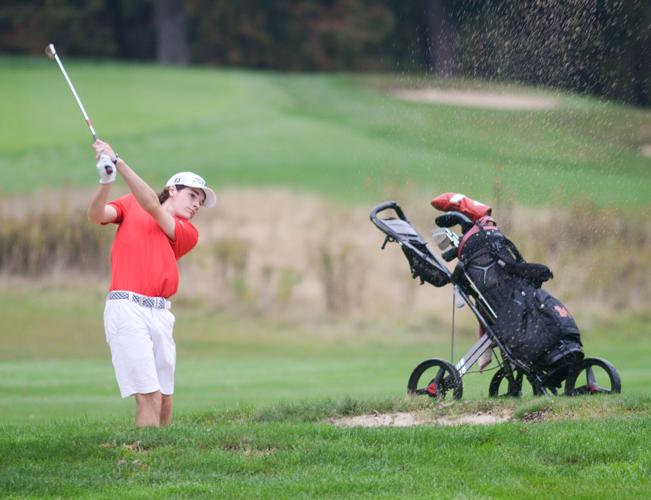 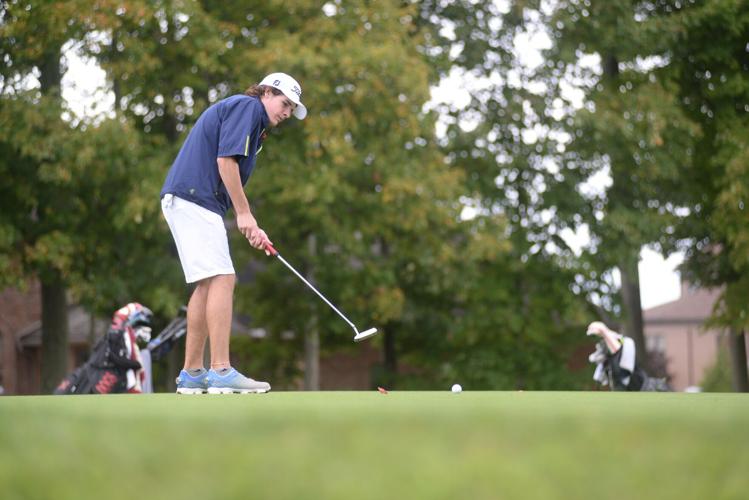 The older I’ve gotten, the more I’ve realized why some of the most dedicated golfers double as business people. The cliche that business is done on a golf course is true, yes. But is there a solid explanation of why? Well, not exactly, but there’s some theories I’d love to share.

The first one is pretty dry and boring — they have disposable income — meaning a game like golf is more accessible. The other theory is much more interesting and it’s that their work is tedious and takes patience, just like the game of golf. But, why does it all matter?

Well, that’s up to all of you to decide. For the sake of this piece it matters because Ryan Ferry, a native of Meadville and junior golfer for the Gannon University Golden Knights, is balancing golf while building a career in finance.

Ferry was destined to be involved with the game of golf as his father, Michael, is the golf professional at The Country Club of Meadville after a standout college career between Methodist College and Slippery Rock University. Unlike his father, he intends to keep his business career and golf career separate because it will mean he can play much more golf throughout his life.

For now, Ferry is committed to bringing a Pennsylvania State Athletic Conference (PSAC) title and a NCAA Division II Men’s Golf Championship back to Gannon University. Ferry is in his second semester at Gannon after spending two years of college at rival Mercyhurst. After the retirement of longtime Mercyhurst head coach Ron Coleman, Ferry decided to make a change and play for Coleman’s son, Dustin Coleman, the head coach at Gannon.

Ferry continues to be one of the Atlantic Region’s top golfers and has been a starter since he began his college career. In his first season, he finished second in scoring average with a 77.4 mark. He followed this by dropping to a 73.7 mark in the fall of 2021. He also finished fall 2021 with five rounds of even par or better, including four consecutive top-five finishes. In the spring of 2022 at Mercyhurst, Ferry was selected as a PPG Athlete of the Week, a PSAC Golfer of the Week and helped the team advance to the NCAA Super Regionals.

In the fall season at Gannon, Ferry helped the program to five tournament wins and a runner-up finish in the PSAC Championships. With an up-and-down two years as a Mercyhurst Laker on his mind, helping the Golden Knights from the get-go has been refreshing. This spring, Ferry hopes to pick up another college win. Something he’s been chasing since his first one back in March of 2022 when he was the Crofton Invitational individual champion.

While individual wins are hard to come by, Ferry racked up a solid collection of them in his four years as a Meadville Bulldog. In addition to his seven medalist finishes, Ferry was a four-year letter winner and team captain, a three-time PIAA qualifier, a three-time District 10 runner-up and the PIAA silver medalist in 2019.

Each of these accomplishments are impressive, but his final two rounds of high school golf were some of the best in his entire career. Shooting a 66 on day two to finish -5 in a two-day tournament is impressive in itself, but throwing in the fact that the weather conditions were poor makes it that much more impressive.

“I just remember my putter getting so hot,” Ferry noted. “That was the hottest I ever got in high school. I just tried to stay focused through all that was going on.”

If there’s a perfect way to end your golf career that was nearly a best case scenario moment. Now, it’s time to go on another run and finish the last three semesters on a positive note. What will make this possible is the continued support from his parents, Michael and Shelby, his longtime girlfriend and Mercyhurst University women’s golfer, Lauren DeArment, and his Golden Knights teammates. This support system have been crucial throughout his career and will continue to be as he finishes college.

Golf is a game that connects Ferry with his family, his girlfriend, his friends, and soon, his clients or fellow business people. It’s a game that’s bigger than playing Oakmont or Merion. It’s not even about hitting three course records in just over a month this past summer (Meadville Country Club, 62, Lakeshore Country Club Championship tees, 63 and Cedarbrook Red Courses Black tees, 64). Rather, the game of golf is about the opportunity to play another round to put all the hard work together in such a precise game. Like noted earlier, being a golfer is a grind, but it’s one that Ferry was born for.

“Without all the access to the country club, I’m likely not here today,” Ferry admitted. “I was able to practice all the time. It can be difficult with limited resources in a small town, but I’m thankful for the positive impact growing up in a small town has made on me.”

Should an organization that hosts college and high school events be involved with sports gambling?