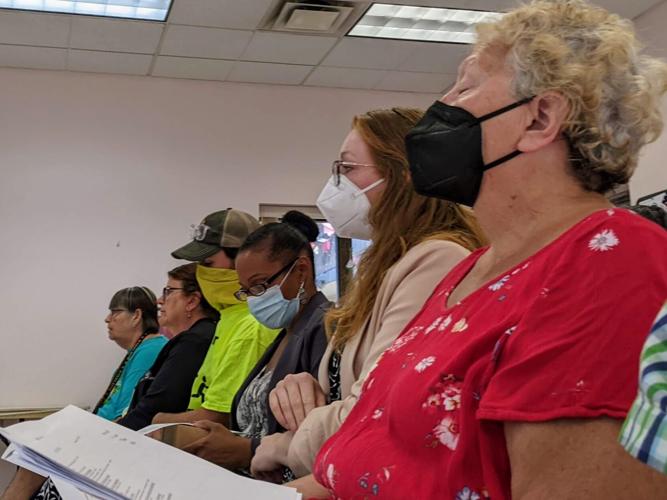 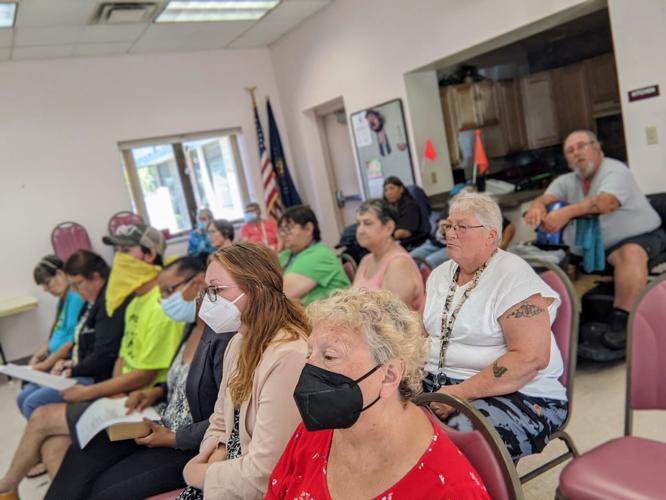 Her voice breaking at several points, long-time Holland Towers resident Robin Milstead addressed board members at a meeting Wednesday of the Meadville Housing Authority, the agency that oversees several public housing complexes in the city.

“I have bedbugs,” said Milstead as she began a nine-minute account of how the infestation in her apartment has impacted her physical and mental health. In addition to “overwhelming stress,” she said, she has been prevented from keeping appointments with professionals who fear she will spread the bugs and has even had friends and relatives avoid her out of similar concerns.

“I’m asking you to put yourself in our shoes and lastly tonight, when you go to bed, think about bugs crawling on you and biting you while you’re asleep night after night. Think about your hot body with itchy red sores and scabs on you,” she said. “Sometimes you have to put yourself in someone else’s shoes to motivate you to do something about this.”

The bedbug-themed plea has become a familiar topic at Housing Authority meetings over the past year. Last week, it even spread to a Meadville City Council meeting, where a group of four Holland Towers residents addressed council members with concerns about not just bedbugs but also what they described as poor communication and deteriorating relationships with management, among other issues. Along with bedbugs, another frequent theme raised to City Council and in previous Housing Authority meetings has been accusations that the threat of eviction is used as retaliation against residents.

While there’s little direct action City Council can take regarding the Housing Authority, the crowd of nearly 20 people at the authority’s meeting included Mayor Jaime Kinder and Councilwoman Autumn Vogel. After the meeting, Vogel said she and Kinder were meeting with several authority board members to follow up on the concerns raised by Holland Towers residents. Council appoints members of the authority, but like the city’s other municipal agencies, the board acts independently once appointed.

At the request of board members, Executive Director Vanessa Rockovich recounted the background on the bedbug problems afflicting both Holland Towers, the authority’s the 132-unit public housing complex located at 1120 Market St., and William Gill Commons, a 100-unit apartment complex in the city’s north end owned by the authority.

Bedbugs and cockroaches were largely under control when the authority began using third-party pest control services a little over a year ago, according to Rockovich. When an outside exterminator began work, things went smoothly at first, she said, but the company soon became unreliable and eventually stopped showing up altogether. Months passed as another company was hired and a new schedule of inspections and treatments was established.

Jon Ketcham, the director of housing management, said that while infestation rates remain too high, they are much lower than they were at their worst last fall. A contributing factor, he added, has been a lack of cooperation from a small number of residents, some of whom do not prepare their units for treatment and a few who “absolutely refuse to” cooperate.

In such cases, Ketcham said, residents can be threatened with eviction.

However, board member Marcia Yohe noted, eviction was not a possibility following the onset of the pandemic. Even as the authority spent nearly $40,000 on extermination efforts last year, some residents with “significant bedbug and other infestations” refused to comply and the authority was left with no recourse.

“For two years,” Yohe said, “we were stuck, trying to clean up the mess that that created.”

Board member Tom Youngblood said he had seen similar situations as a municipal health officer. Twenty minutes after hearing a tenant’s emotional plea for empathy, he pointed straight at residents in assigning blame for the bedbug situation.

“Landlords would try to do the right thing,” Youngblood said, “but tenants are ultimately responsible for what’s happening in those units, whether it’s a cockroach infestation, bedbug infestation, ant infestation — it all comes back to what the tenants are doing inside that facility.”

Youngblood said that the Housing Authority has tried to avoid eviction even when the pandemic-related moratorium was lifted, but it has few other tools available when dealing with intransigent residents.

“They have to say if you don’t comply, then you’re going to be evicted,” he said. “It’s just that simple.”

In updating the latest infestation data, Assistant Maintenance Inspector Kyle Lynch said Holland Towers has 17 units currently being treated for either bedbugs or cockroaches while Gill Village has nine.