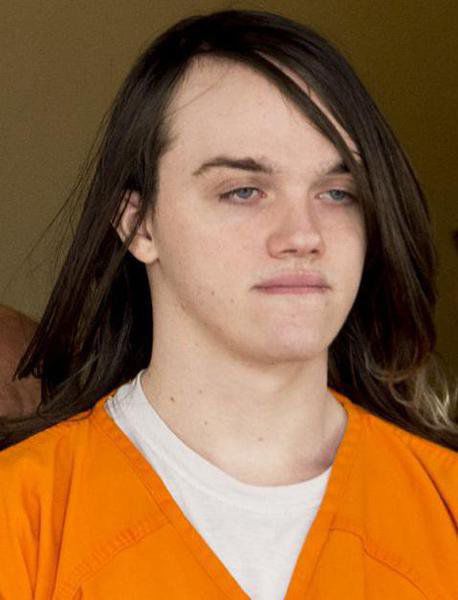 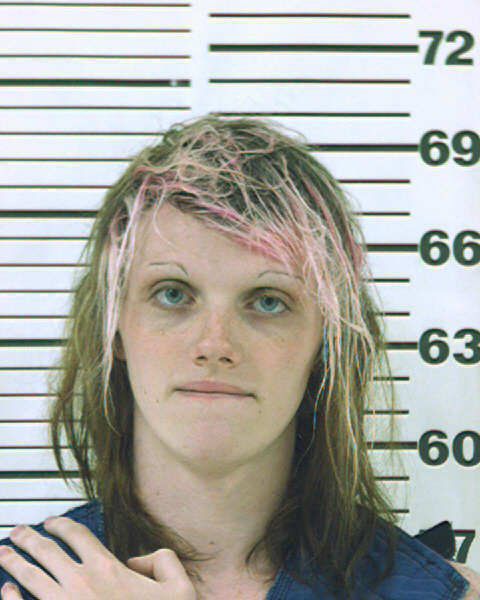 MERCER — A transgender woman admitted she shot her former Walmart co-worker in a dispute over transgender issues.

Zachary T. McClimans, who also is referred to as Claire Wolfever in court records, pleaded guilty this week in Mercer County Court of Common Pleas to attempted first-degree murder for shooting and wounding Jayson Hall at the Walmart in Hermitage on Nov. 3, 2016. McClimans, 23, of Sharon, faces up to 40 years in jail when sentenced June 7.

Hall was struck at least twice by bullets from four shots fired at him by McClimans, who used a .380-caliber handgun, according to court documents.

According to the arrest affidavit filed in the case, McClimans and Hall were co-workers at Walmart. McClimans gave investigators a statement saying he specifically targeted Hall with intent to kill him for an ongoing dispute over transgender issues.

McClimans told investigators he had been threatened by Hall after McClimans had informed coworkers, including Hall, of his choice to transition from male to female, according to the affidavit. McClimans said Walmart management was aware of threats by Hall, but as of approximately one week before the shooting no decision had been made by store management on Hall’s employment status, according to the affidavit.

Hall confirmed to investigators that there was an internal investigation by store management of a dispute between himself and McClimans, the affidavit said.

McClimans said he began thinking of a way to prevent Hall from hurting or threatening him — and that shooting Hall was one of solutions, according to the affidavit.

As part of the plea agreement, charges of attempted murder in the third degree, aggravated assault, theft, carrying a firearm without a license and reckless endangerment were dropped against McClimans.

Before approving a plea agreement in the case, Mercer County Court of Common Pleas President Judge Robert G. Yeatts ruled the captioning references in the case be amended to “The Commonwealth vs. Zachary T. McClimans aka Claire Wolfever.”

Yeatts also ruled McClimans was to be referred to as a female, using the pronouns “she” or “her.” It's the first time in Mercer County history a judge has made such a ruling, both the prosecuting and defense attorneys said.

“Ultimately the judge controls the records. There’s no specific rule that governs this,” Melewsky said. “You may see a judge do it this way in one county and do it another way in another county.”

“It’s just the right thing to do. I think it’s the respectful thing to do,” Mergl said. “She’s been going by Claire throughout the case. I have as well as the court and district attorney have been referring to her as Claire, and that’s who she is.”

Mercer County District Attorney Miles K. Karson Jr. said that is not enough to make a change in a court record.

Although this is the first time the county has addressed a transgender issue in the court system, Karson said that's not the real concern.

“We do not as a practice put ‘aka’ on criminal captioning,” Karson said. “It is outside the normal practice. We don’t do it for a number of reasons.”

“The policy of this office is, one, we look at whether the person is in the male or female section of jail, and he was in the male section of the jail,” Karson said. “Two, biologically he is a male. Self-identification is an issue that creates questions in our policy, and we’re not going to allow people to come into the system and change our policy because of their self-identification.”

Mercer County Jail Warden Erna Craig said McClimans is held in the male housing unit and the jail does not identify McClimans as a female.

Craig said an inmate’s genitalia determine where he or she will be housed. Where they are in the transitioning process also determines what will be done with their medical care while they are incarcerated, Craig said.

If inmates are under professional treatment and want to continue transitioning medically, then the county picks up the cost if the inmate does not have medical coverage, Craig said.

“Sometimes, though, people come in with their own treatments under their own medical coverage,” she said. “But if we get someone that loses their health coverage, we will continue to pick up where they left off.”

Craig said McClimans was not receiving professional medical treatment at the time McClimans was jailed in Nov. 4, 2016, following McClimans' arrest.

“It is my understanding that he was purchasing hormone supplements online,” Craig said. “We and the jail did not continue with his treatment regimen. As far as I know, we are not giving him any hormonal supplements at this time.”

Craig said she and her staff members are sensitive to McClimans’ gender identification, even though McClimans cannot be placed with female prisoners.

“We would have to have him housed with the female inmates, and that’s not fair,” Craig said. “We have him in special housing. We monitor closely to make sure he is safe, and we’ve had no problems. I have to say that he has been a very well-behaved, well-adjusted individual here.”

Melissa Klaric is a reporter with The (Sharon) Herald, which like The Meadville Tribune, is owned by Community Newspaper Holdings Inc. Tribune reporter Keith Gushard contributed to this story.

M. Dorothy Durney, age 82, of Conneaut Lake, PA passed away peacefully on Wednesday December 1, 2021 at Meadville Medical Center. She was born on February 12, 1939 in Meadville, PA to the late Ivan and Helen (Allen) Burchfield. Dorothy graduated from Conneaut Lake High School. She earned her…