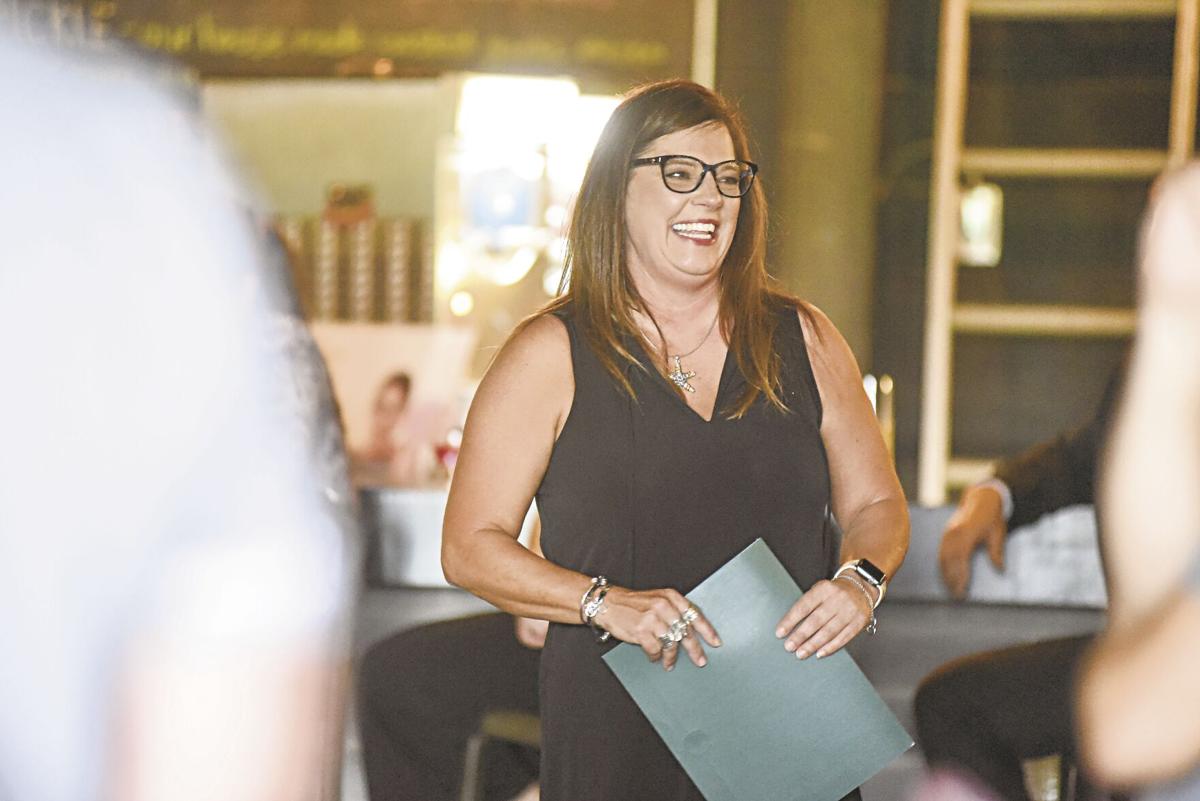 Vickie Schultz, a business and technology teacher at Cambridge Springs Junior-Senior High School, laughs with friends after being named Educator of the Year by the Junior Achievement of Western Pennsylvania's Northwest Region at the Voodoo Brewery Compound on Wednesday. 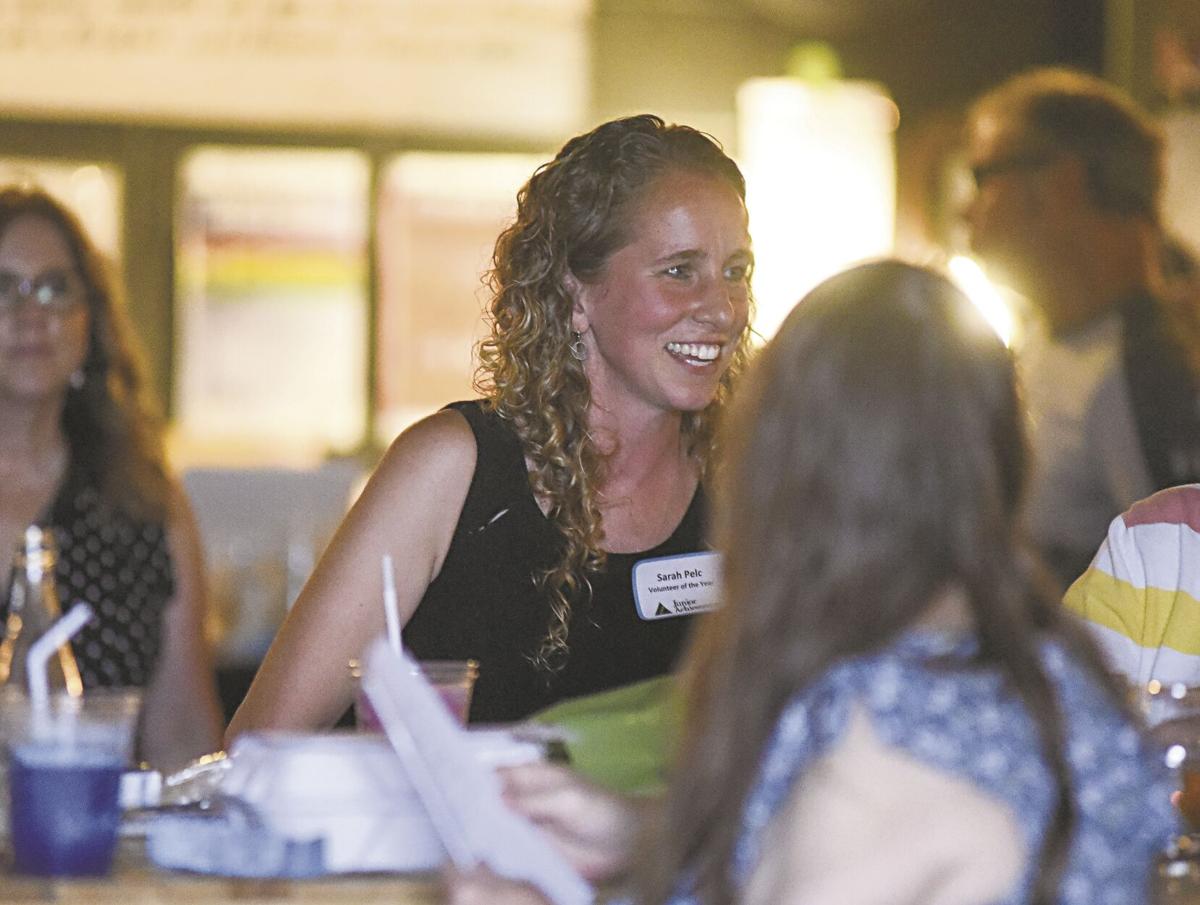 Sarah Pelc, a guidance counselor at Conneaut Valley Middle School, laughs with friends after being named Volunteer of the Year by the Junior Achievement of Western Pennsylvania's Northwest Region at the Voodoo Brewery Compound on Wednesday. 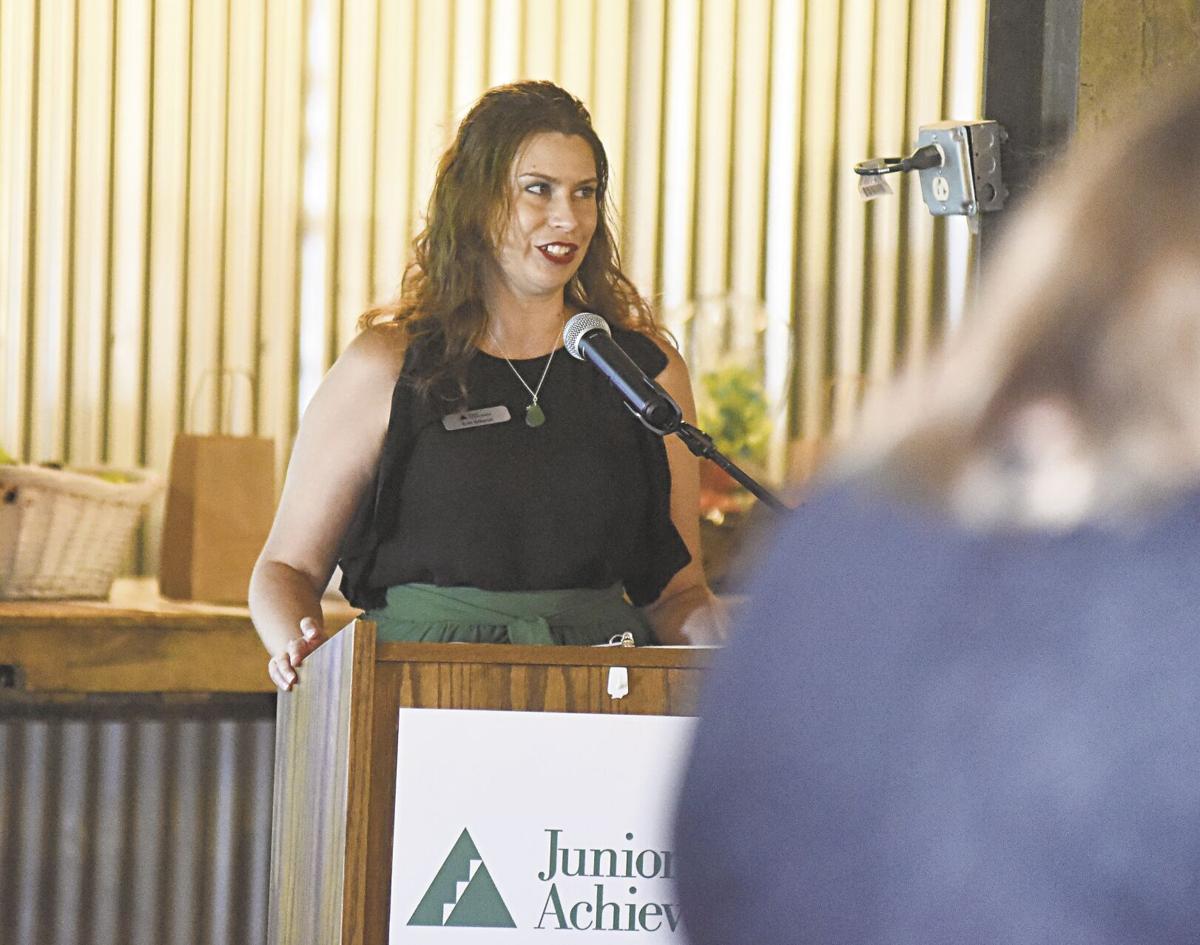 Vickie Schultz, a business and technology teacher at Cambridge Springs Junior-Senior High School, laughs with friends after being named Educator of the Year by the Junior Achievement of Western Pennsylvania's Northwest Region at the Voodoo Brewery Compound on Wednesday.

Sarah Pelc, a guidance counselor at Conneaut Valley Middle School, laughs with friends after being named Volunteer of the Year by the Junior Achievement of Western Pennsylvania's Northwest Region at the Voodoo Brewery Compound on Wednesday.

Vickie Schultz, a business and technology teacher at Cambridge Springs Junior-Senior High School, and Sarah Pelc, a guidance counselor at Conneaut Valley Middle School, respectively received the Educator of the Year and Volunteer of the Year awards for their work with Junior Achievement.

Marquette Savings Bank was also awarded the Corporate Supporter of the Year title.

Junior Achievement is a national education organization that implements programs and holds event intending to improve students' skills in areas such as financial literacy, work readiness and entrepreneurship.

This was the first Chairman's Celebration since the COVID-19 pandemic hit, as the event was canceled last year. Erin Sekerak, executive director for Junior Achievement of Western Pennsylvania's Northwest Region, said the Junior Achievement board looks at a variety of data points when deciding who receives the awards, such as who has volunteered the longest or which corporate supporter has been most involved in the organization.

The past school year marked the first time Schultz took advantage of Junior Achievement programs, and it turned out to be a major success. Her students took part in the Junior Achievement Titan Competition, which sees students compete in a simulation of running a business, making decisions on its future, and how to allocate its resources.

Schultz's students managed to take home the gold, silver and bronze during the competition, which was run virtually for the first time this year due to the pandemic.

"It's an honor to be receiving this award, especially since it's been such a challenging year with COVID," Schultz told the Tribune.

She said the competition helped enhance many of the things she taught in her classroom, giving students a chance to apply themselves.

Sekerak called the accomplishment of Schultz's students a "major success" and praised them.

"These students competed with students from all across western Pennsylvania, so to win first, second and third was a major accomplishment for them," she said.

Aidan Rauscher, a Cambridge Springs grad who competed in the competition, was given the chance to speak about his experience at the competition during the Chairman's Celebration.

"This competition taught me to work together as a team, understand the inner-workings of a business, and making your mistakes and learning from them," he said.

What he learned from Schultz gave him an "edge" in the competition, he added.

As for the Volunteer of the Year Award, this year's naming marked a break from tradition. Sekerak said Junior Achievement typically picks someone who works outside of the walls of schools, but that wasn't possible with the pandemic preventing visitors from going into school buildings.

While the lack of visitors put a hamper on many Junior Achievement activities, Sekerak said teachers, administrators and guidance counselors "picked up the baton" during the year, ensuring students were able to take advantage of the educational opportunities from the organization.

"Tonight we award Sarah Pelc for her efforts in not only teaching the JA programs, but for being instrumental in coordinating JA programs for Conneaut Valley Middle School for years," Sekerak said.

Pelc said she was "shocked" when she was told she would receive the award. She said the Junior Achievement program "makes it so easy" to get information out to students and praised the organization for the virtual  support it gave during the 2020-21 school year.

"During this last year, it was a little challenging having some students in-school, some cyber, so having the virtual option was an amazing opportunity for them as well," she said.

Without visitors, Pelc told the Tribune, she had more opportunities to go into the classrooms themselves to lead Junior Achievement activities. She said the program "opens the students' eyes" to the many kinds of career options they have out there for them.

In awarding the Corporate Supporter of the Year award to Marquette Savings Bank, Sekerak said the bank not only provided financial contributions, but also offered many employees to serve on boards for nonprofits in Crawford and Erie counties, including two of whom who serve on the Crawford County District Board for Junior Achievement.

Cora Mozina, manager of the Conneaut Lake branch of Marquette, received the award for the company, saying the bank was honored and humbled by the recognition.

She also complimented Junior Achievement, citing the organization's ability to teach students about the choices they have in shaping their future.

"The lessons that they learn are some of the most important ones they'll learn at school," Mozina said. "They teach them life lessons."