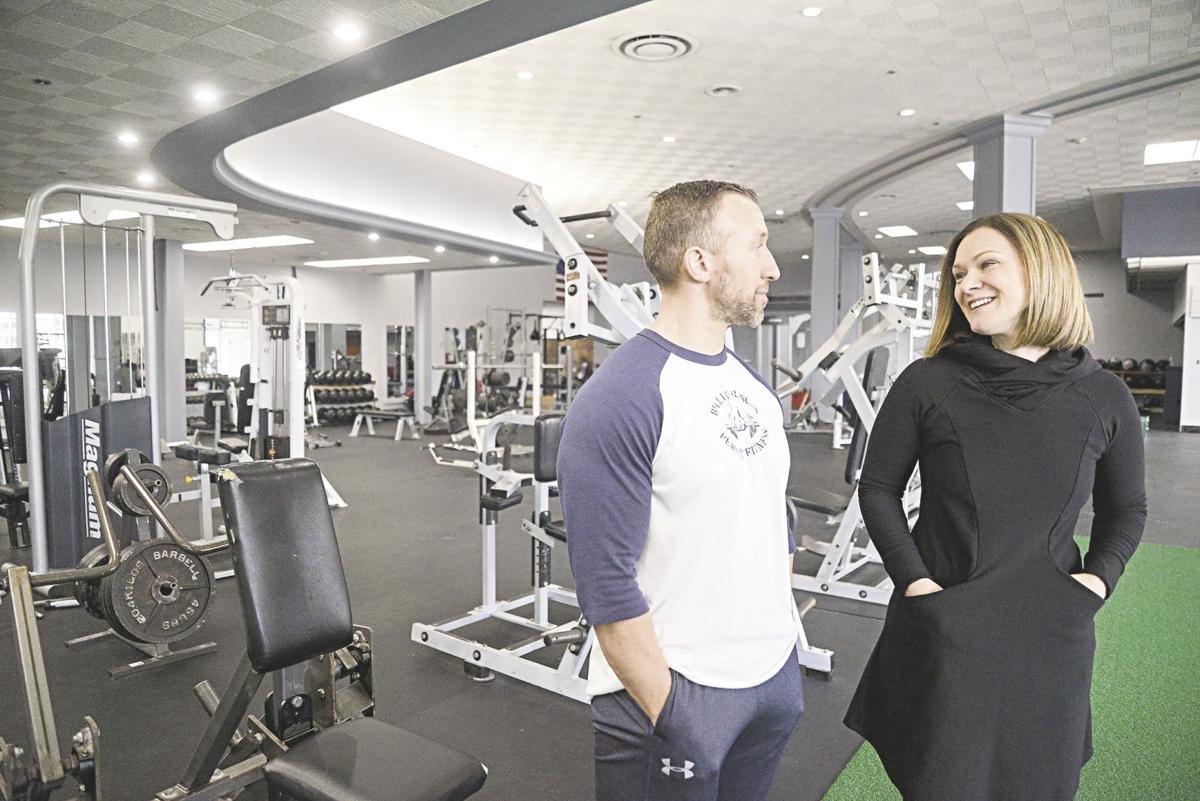 Bill Lawrence (left) and his wife, Tara, owners of Bill Lawrence's Personal Fitness and Crossfit Meadville, stand in the main workout room in the former Shops @ the Bank location. 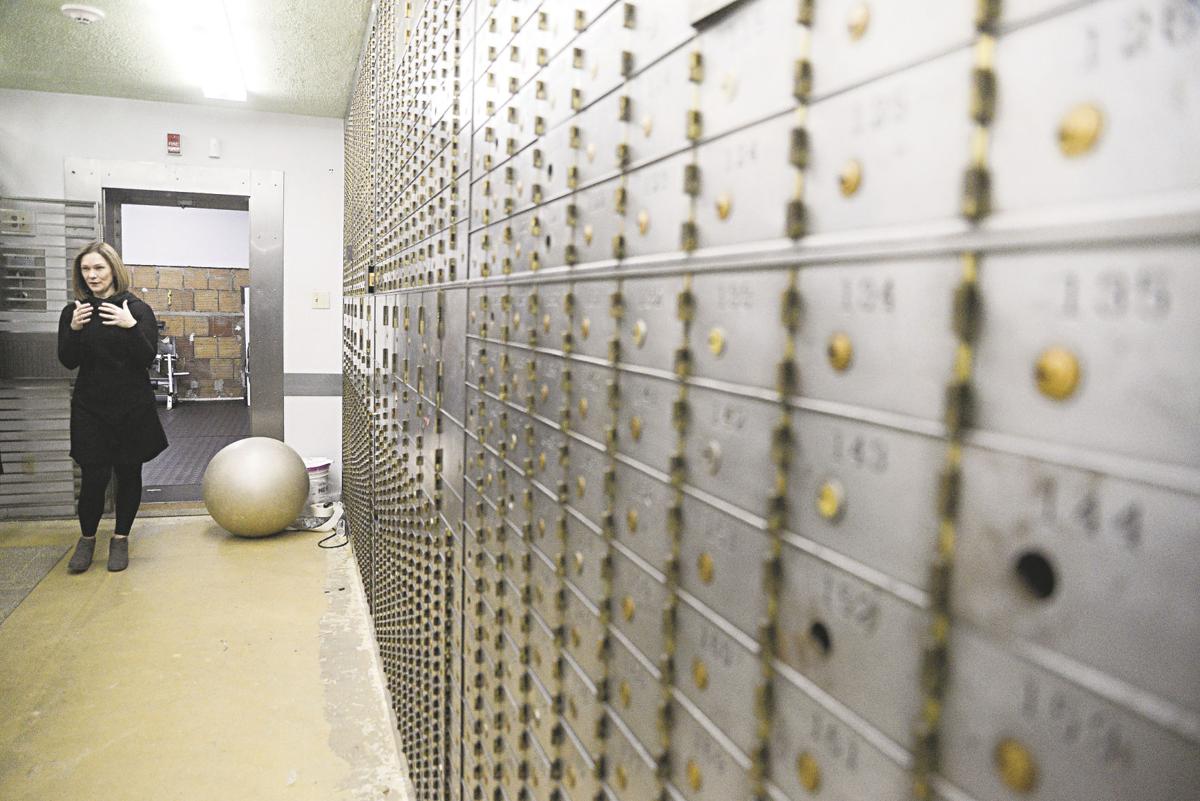 Tara Lawrence, co-owner of Bill Lawrence's Personal Fitness and Crossfit Meadville, stands in the former bank vault, which is now a changing room, with safety deposit boxes still secured in the wall. 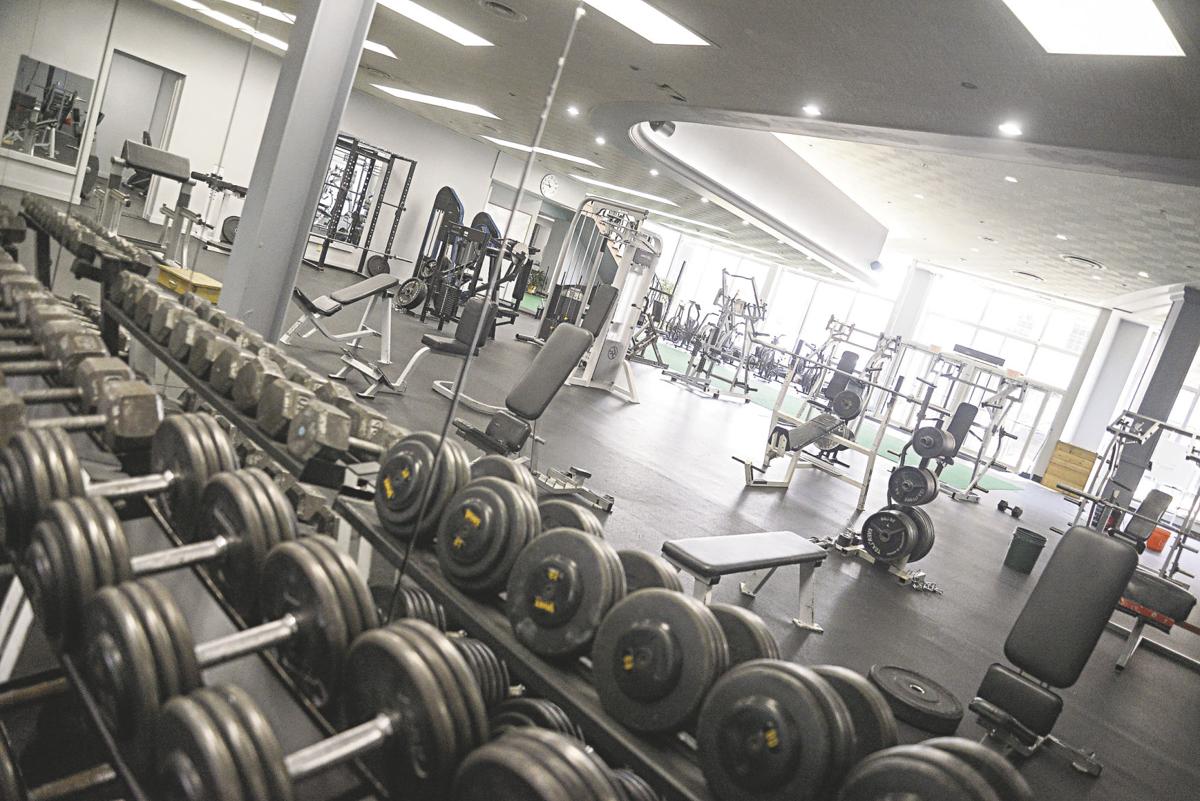 Weights and other workout equipment can be seen reflected in the large mirror at Bill Lawrence's Personal Fitness and Crossfit Meadville.

For two years, the large storefront at 940 Park Ave. sat largely vacant. Now, just a little over three months after Tara and Bill Lawrence bought the locale, it is teeming with activity once more.

The two were among the last tenants of the locale when its previous owner, FCBM LLC, filed for Chapter 11 federal bankruptcy protection in 2017. Their business, Bill Lawrence's Personal Fitness and Crossfit Meadville, occupied the second floor of the structure at the time, while the first-floor storefront was taken up by the Shops @ the Bank.

When the bankruptcy occurred, the Lawrences stayed in the building where their fitness center had been located for more than a decade. Visiting the location today paints a much different picture. The building is filled with life once more. In fact, the YMCA began a six-week series of gymnastics sessions on Tuesday.

The Lawrences' fitness center moved to the first floor of the building by the end of September. While it's technically smaller than the previous spot, Bill Lawrence is happy with the change, finding the new layout "flows better."

The change has received regular praise from patrons, he said, with many enjoying the street-level view and not having to go up stairs before and after their workouts. Tara Lawrence added that being on the first floor meant people felt less guilty about dropping weights onto the ground.

"Crossfit is not meant to be on the third floor of anywhere," she said with a laugh.

A century-old structure, signs of the building's history still can be found throughout the building. A vault door from the space's past as a bank now guards a locker room for fitness enthusiasts, with rows of safe deposit boxes remaining along one of the walls.

"This was the best thing to do with the vault, to be honest," Bill Lawrence said, further explaining that the lack of airflow in the room would have made it not ideal for a workout space.

On the third floor, where the YMCA has positioned its gymnastics center, old murals can be seen on some of the walls, faded with age but still visible.

That isn't to say the building is without renovations since the Lawrences took over. The first floor has a new coat of paint, as well as padded floors and protection covers for the walls to accommodate exercise routines. A new roof has been installed on one section of the building, with the other two roofs receiving 10-year coatings.

Tara Lawrence said many contractors whom they know personally helped out with many of the renovations, even contributing beyond their normal hours.

"It's good to know friends who have skills," she said.

A Pennsylvania state grant-funded lighting project — which will see all of the lights replaced with energy-efficient LED bulbs — will wrap up relatively soon. Because of the size of the structure, Tara Lawrence said they are always looking for ways to make lighting and heating the entire building a less expensive prospect.

Other smaller fixes have been put in place, ranging from repairing malfunctioning thermostats to getting broken sinks working again.

Even with the work already done, there is still more to do. The Lawrences are planning a renovation of the mezzanine area of the building into an office space which could be rented out. While such a project is still in the earliest of planning stages, Tara Lawrence said the completed mezzanine will hold two or three offices for rental.

With the start of January, Bill Lawrence's Personal Fitness and Crossfit Meadville is at its busiest time of year with the beginning of its annual Dream Team contest, meaning more people than ever are getting a chance to explore the new building. Seeing life pumped back into a shopping block which once seemed so empty has been a source of pride for them.