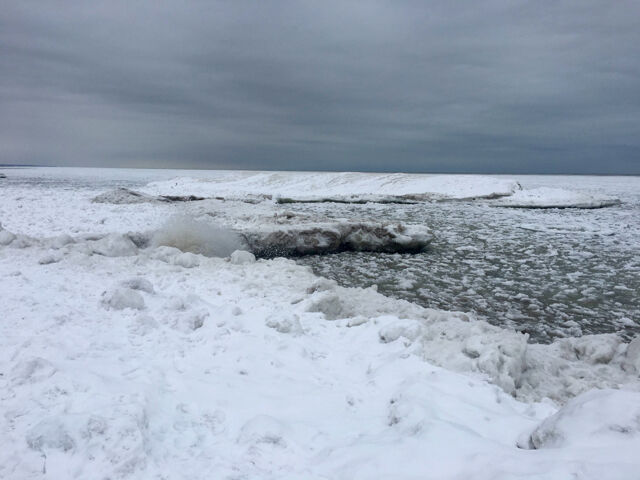 A wave crashes into ice formed on the shores of Presque Isle on Saturday. 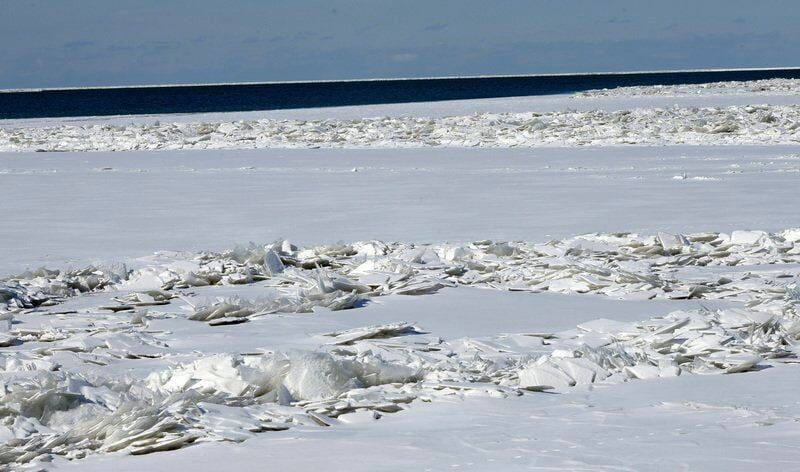 Ice has begun to freeze on Lake Erie off of Walnut Beach in Ashtabula. 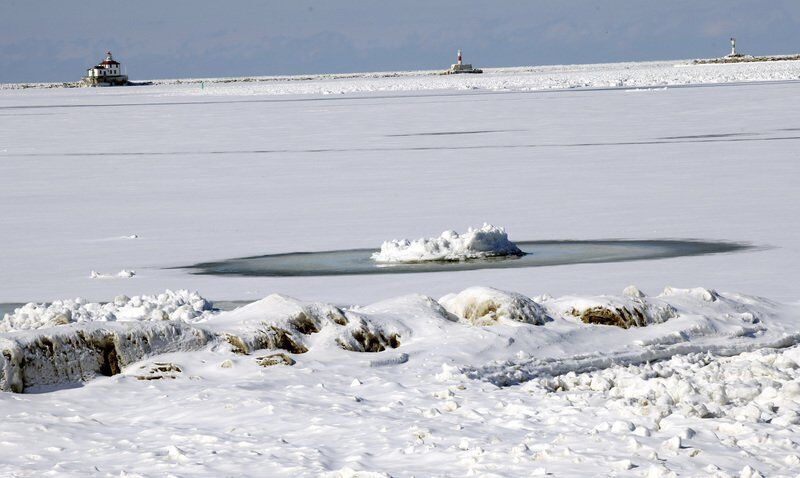 Ice is forming on Lake Erie off of Lake Shore Park in Ashtabula.

A wave crashes into ice formed on the shores of Presque Isle on Saturday.

Ice has begun to freeze on Lake Erie off of Walnut Beach in Ashtabula.

Ice is forming on Lake Erie off of Lake Shore Park in Ashtabula.

ASHTABULA, Ohio — With several days of below-freezing temperatures, Lake Erie ice coverage has increased to 80 percent and is growing.

“This will cut down heavy lake effect snow, bringing some good news to folks who don’t like dealing with a lot of snow,” said Ron Coursen, a weather watcher. “But don’t get too excited — there is a potential for non-lake effect snow in the area on Tuesday.”

Last year, Lake Erie peaked at 95 percent ice coverage on March 2. The least frozen year in recent memory was in 1998, when only 5 percent froze over, 14 percent in 2002 and 2012, and 36 percent in 2017, according to the Great Lakes Environmental Research Laboratory.

The surface of Lake Erie will not begin to freeze until that temperature stays consistently below 39.2 degrees, based on the science of water density.

For Lake Erie to freeze there needs to be multiple days of very cold air to pull the heat out of the water and turn the surface to ice, Coursen said.

Most of Lake Erie's shores are freezing up, so weather watchers can go anywhere with a view of Lake Erie to see the ice.

The experts at the Ohio Department of Natural Resources (ODNR) Division of Wildlife recommend ice fishers wear a life jacket, take good equipment with them and a strong knowledge of the ice. Fisherman should make sure they know how thick the ice is, and how it can quickly destabilize.

The recommended thickness for venturing on to a frozen lake depends on activity and weight. Here are some general guidelines:

• 4 inches, walking or fishing can be supported.

• 5 or 6 inches will support a snowmobile or all-terrain vehicle.

The department reminds those going out on the ice that no ice is safe because it forms unevenly. For this reason, they recommend embarking on an ice fishing trip with a licensed guide.

Shelley Terry writes for The (Ashtabula, Ohio) Star Beacon, which, like The Meadville Tribune, is owned by CNHI.