UPDATE: Wolf calls for fall sports to be canceled 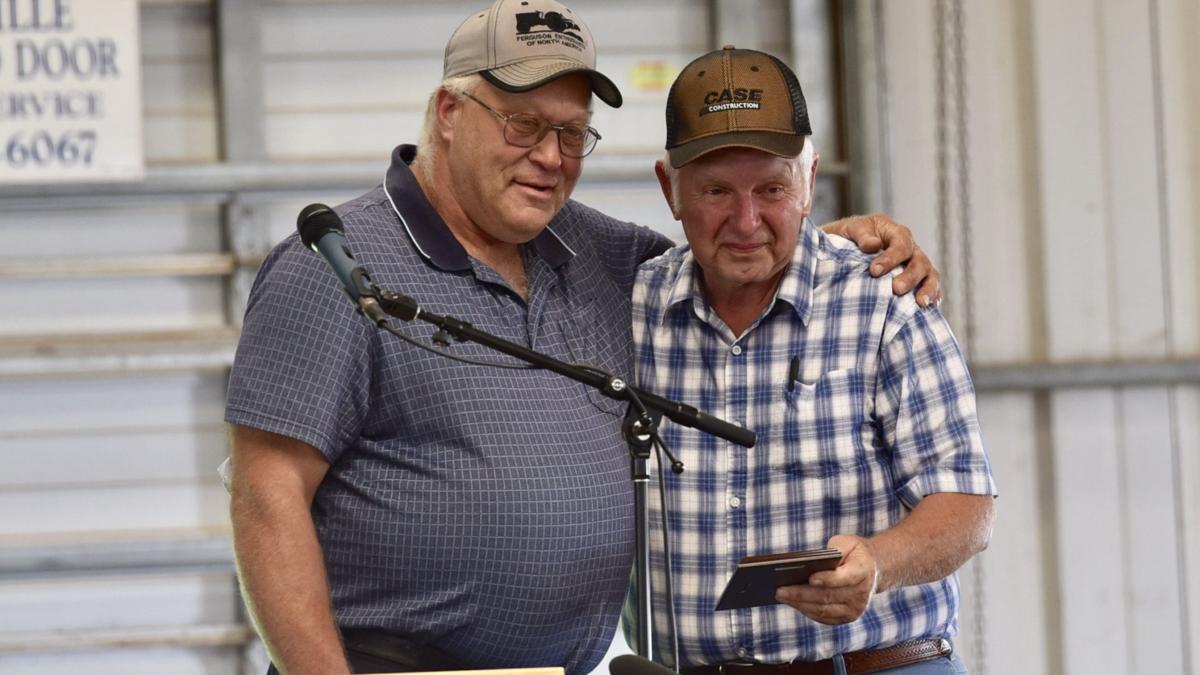 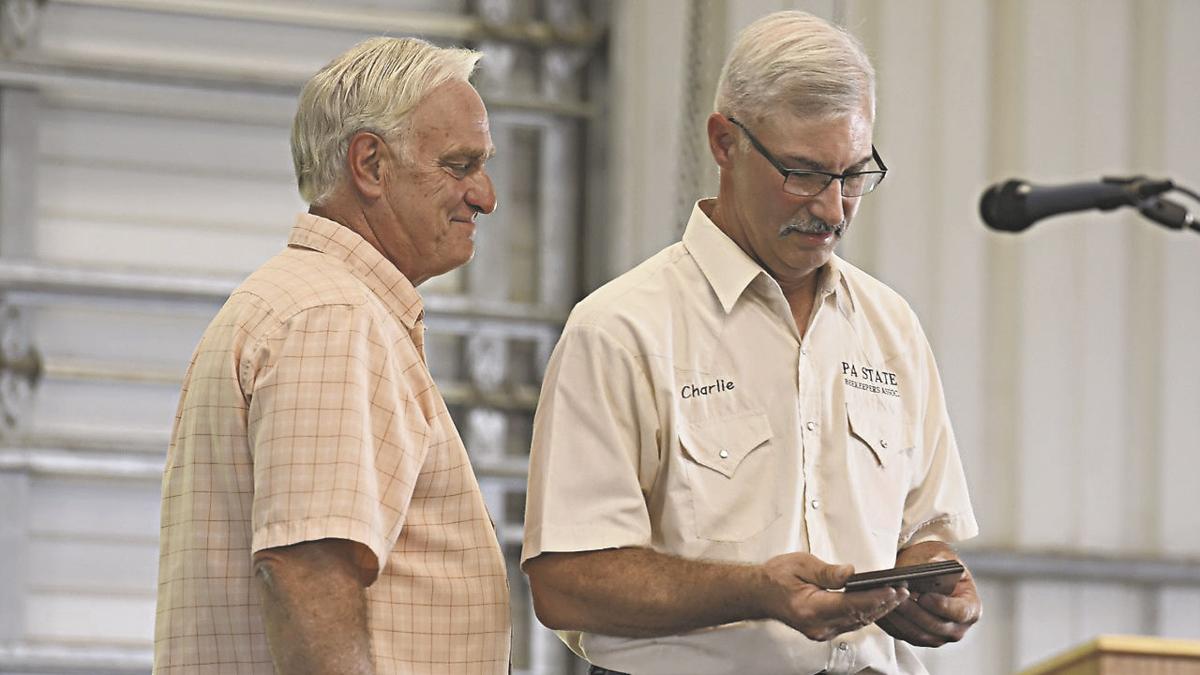 Charles Vorisek, right, reads his Crawford County Agricultural Hall of Fame Award presented to him Sunday in ceremonies at the Crawford County Fairgrounds. At left is George Greig, former Secretary of the Pennsylvania Department of Agriculture. 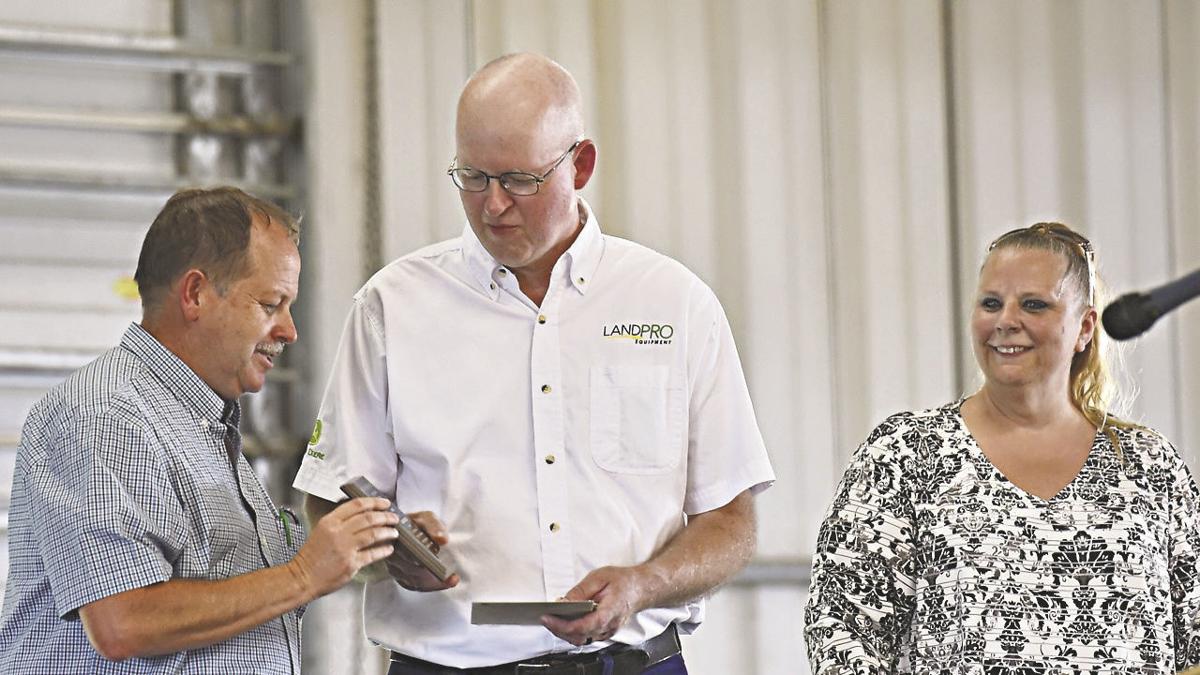 Charles Vorisek, right, reads his Crawford County Agricultural Hall of Fame Award presented to him Sunday in ceremonies at the Crawford County Fairgrounds. At left is George Greig, former Secretary of the Pennsylvania Department of Agriculture.

WEST MEAD TOWNSHIP — Citing their individual decades of service to agriculture, the Crawford County Agricultural Hall of Fame and Ag Industry Program inducted its Class of 2019 on Sunday.

Charles Vorisek of Linesville, Leland Sayles of Hartstown and Gary Theuret of Meadville were honored in ceremonies at the Crawford County Fairgrounds’ Youth Show Arena.

Award recipients are selected by agricultural organizations and previous Hall of Fame inductees. This is the 39th year of the awards, which are administered by Crawford County Pomona Grange.

Theuret, owner of Theuret Excavating, was honored with the Ag Industry award for his 49 years as a land improvement contractor and his work at the Crawford County Fair. For 37 years, Theuret has hauled manure and cleaned up the fairgrounds, which often is a forgotten aspect of a livestock exhibition.

Much of Theuret’s work has been constructing pole buildings for farmers as well as working in the housing industry.

“You put some terrible hours in sometimes on jobs,” Theuret of his experiences in the agriculture-related industry. “But, it’s been fun and it’s been good.”

Sayles, a mechanic and farmer, and Vorisek, a beekeeper, were honored with the Hall of Fame awards.

Sayles has been parts manager for LandPro Equipment and its predecessor business, Elder’s Ag & Turf Equipment, for the past 26 years. He has been a mechanic in the agricultural industry in the region since 1984, starting out with Oswald Equipment.

In introducing Sayles to the podium, Harry Elder Sr., who hired Sayles in 1993, called it “the best decision I ever made.”

“He’s always done everything possible to keep farmers in the field,” Elder said of Sayles. “He always goes above and beyond.”

Sayles said he was humbled by the honor of being inducted into the Hall of Fame.

“I’ve been very blessed to have a life and career in working the agricultural community,” he said.

Sayles said he wouldn’t have been able to receive the award without customers, his coworkers both past and present, the Oswald and Elder families, his wife and family.

In accepting his award, Vorisek called the 4-H and FFA programs for youth true “stepping stones for agriculture” — and it can work in reverse. Vorisek was a 30-year veteran of tooling and machining before he got involved in beekeeping through one of his children.

Vorisek got into beekeeping in 1992 with his daughter as an FFA enterprise. He and his wife, Cathy, have co-chaired the Apiary Department at the Crawford County Fair since 1997 and the Pennsylvania Farm Show for the past 10 years.

Vorisek is a past president of the Pennsylvania State Beekeepers Association, serving four years.

While state president, he initiated the Pennsylvania Apiary Advisory Board with the state Department of Agriculture. The board created a best management practices document which gives local municipalities reliable direction for beekeeping in all zones across Pennsylvania.

The three recipients were honored with citations from both houses of the General Assembly — Senate citations via Sen. Michele Brooks and House citations via Reps. Brad Roae, Parke Wentling and Kathy Rapp, whose respective districts cover all or part of Crawford County.