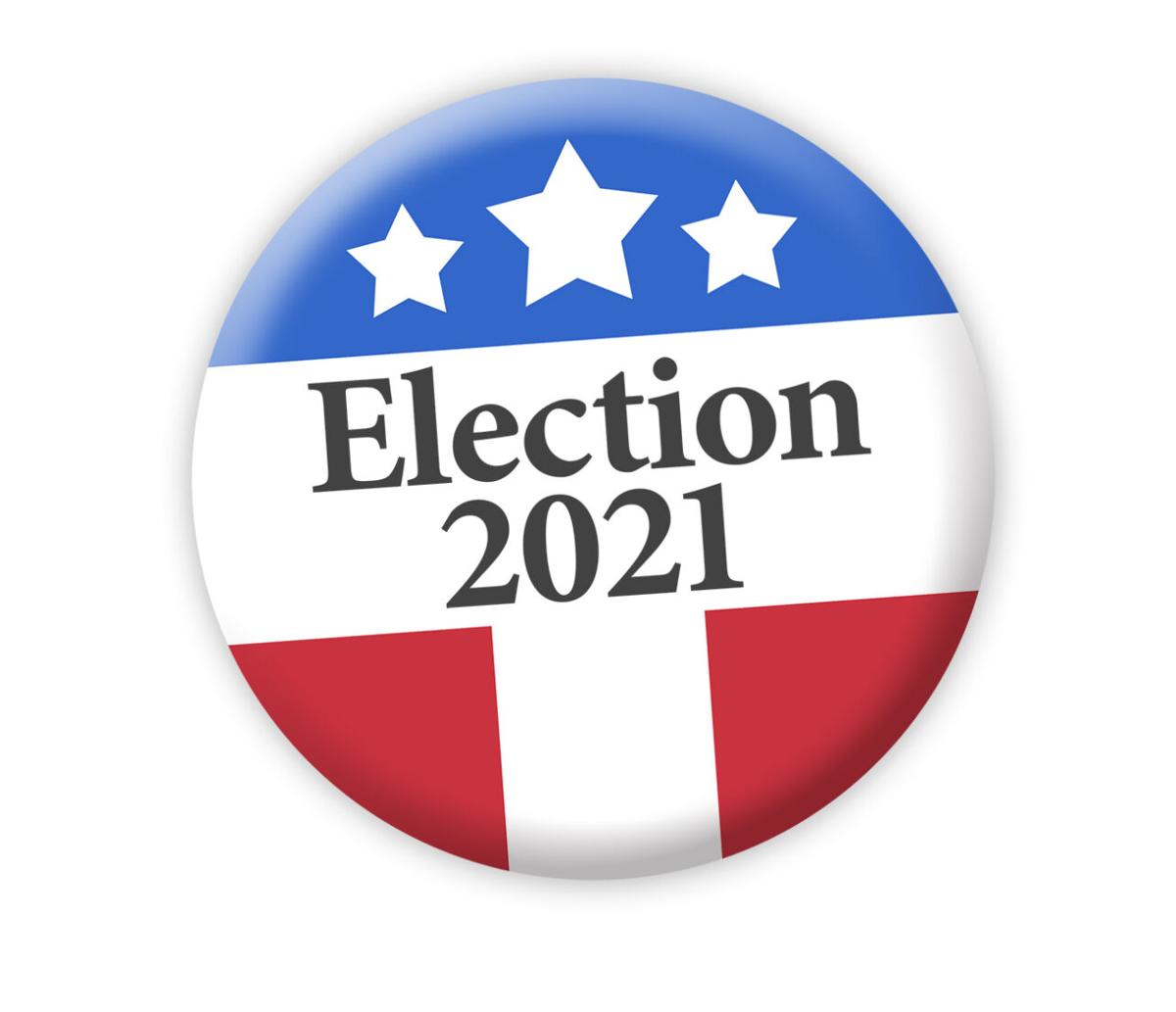 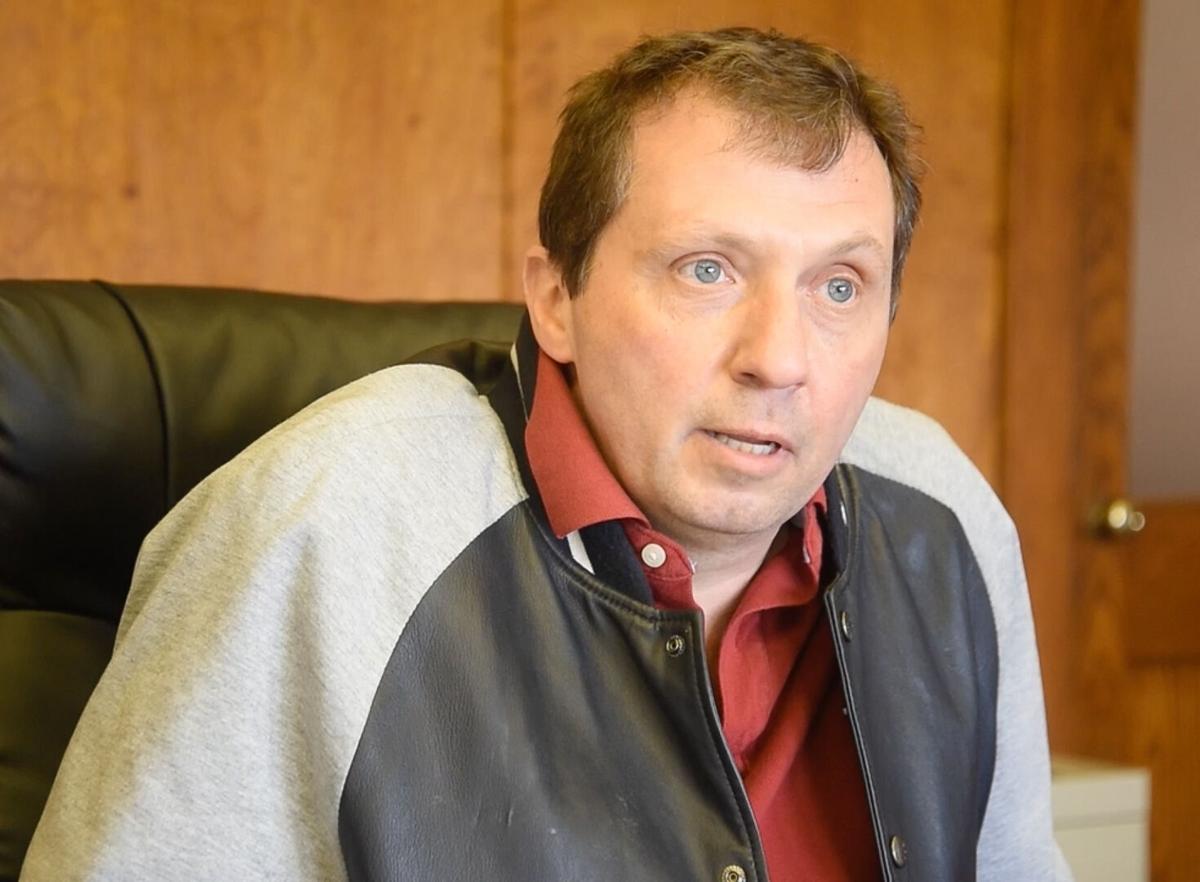 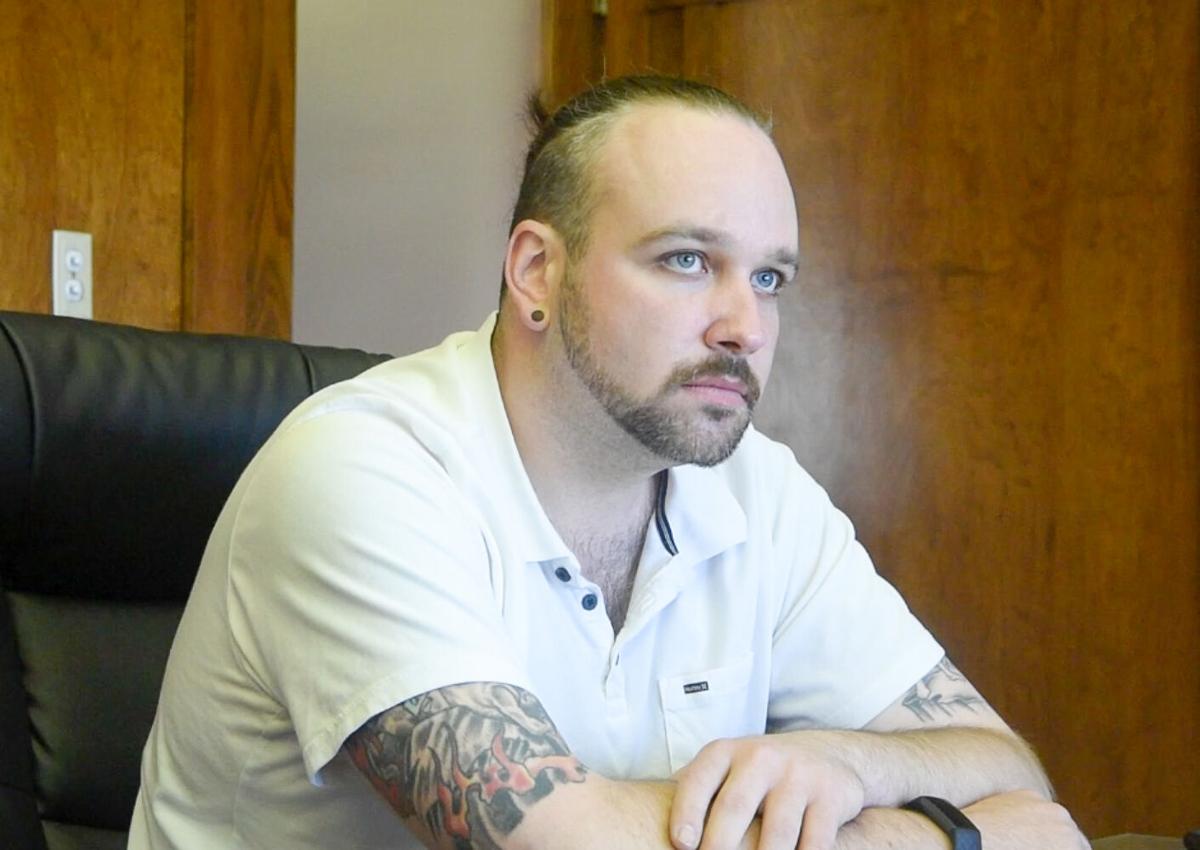 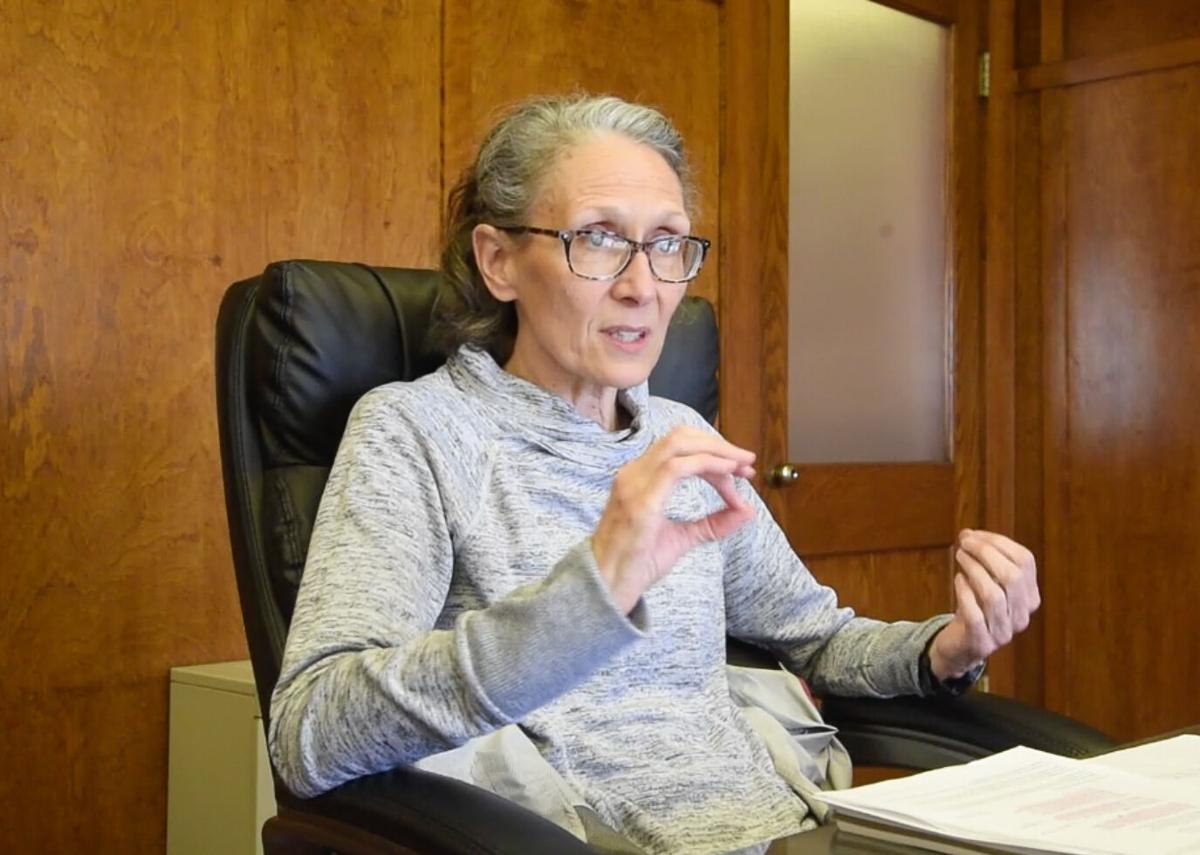 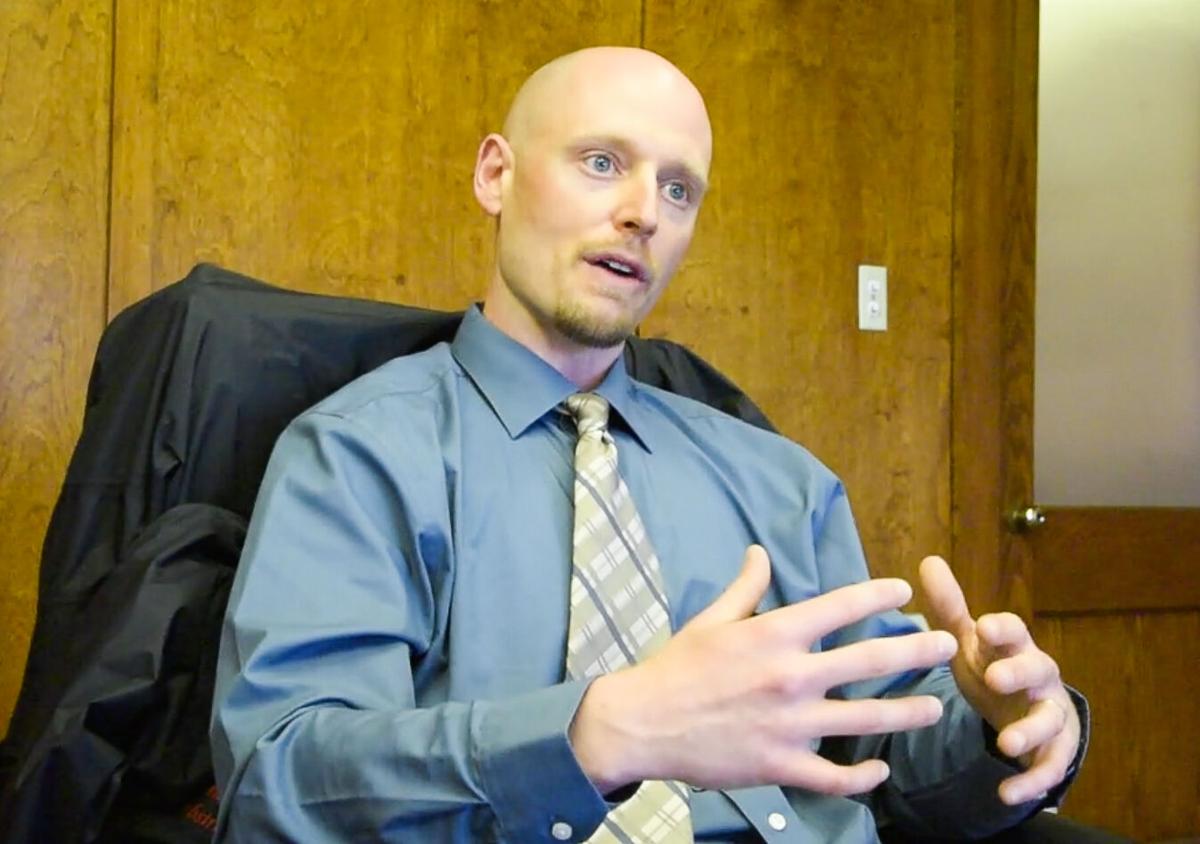 Most of the action in the May 18 race for Meadville City Council will occur in the Democratic primary, where four candidates are vying for two ballot spots in the general election this fall.

Two Republican candidates on the primary ballot are all but certain to advance to the general election except in the unlikely event of one or more write-in candidates accumulating more votes than one or both of them.

The Democratic candidates offer a variety of options with regard to political experience. The race features two political newcomers in Gretchen Myers and Andrew Herbstritt. Candidate Jack Harkless was a candidate in the 2019 City Council primary while incumbent Sean Donahue is pursuing a nomination for what would be his third term.

The candidates are seeking spots on council at a time when the financial challenges facing the city are a constant source of concern, with proposals related to cutting expenses or raising revenue on the agenda for each meeting this year. Revenue from real estate taxes — the primary source of income that council has direct control over — remains stagnant, as it has for decades. Expenses, on the other hand, continue to rise, most notably those costs associated with personnel, which make up about 70 percent of the 2021 budget.

The winning candidates this fall will take office just after passage of the 2022 budget, but the issues facing current council members will likely remain before council next year and beyond. Some, such as exploration of a home rule charter and lobbying for a county-wide reassessment of property values, could occupy council’s attention for several years.

Two-term council member Sean Donahue said city government has made progress in areas such as blight remediation and street paving during his years in office. He’s optimistic that federal pandemic relief finds can help keep the city “headed in the right direction.”

“I think we’ve done a lot already,” Donahue said. “There’s more to do, but you can only afford so much, so we have to be careful how much money we spend of the taxpayer’s money.”

Donahue opposed the 1-mill tax increase approved by council last year and said, “This year, for sure, I’m sure we don’t need to raise taxes.” Federal relief will improve the budget picture and council shouldn’t be shy about dipping further into the remaining reserve funds that have been used repeatedly to balance budgets in recent years. “That’s what they’re there for,” he said. “I don’t see that as a problem.”

Donahue said council has little leverage in seeking a county-wide property reassessment. He’s undecided on the possibility of home rule, which would take years before having an impact.

Five years ago, Donahue was outspoken in his support for discontinuing the city’s police dispatch services. Today, his position has changed. “I would not cut the dispatch without the consent of the chief,” he said.

Tuesday’s primaries come at “a critical time for the city,” according to Donahue, as the nation sets forth on its pandemic recovery. “It’s definitely a different world,” Donahue said, with people no longer able to shop and dine the ways they were used to. “we’ve got to make sure we can help people when they can.”

A rental inspection program might help improve housing options, according to Harkless, but ideally a course of action would be developed through conversations with multiple stakeholders, including property owners.

“It’s a tough question,” he said. “You have to really work with all sides on the matter.”

A similarly cooperative approach should be taken in considering cuts to city personnel, according to Harkless. “What it comes down to is what do the people in the city and our constituents value most,” he said. “It should be their decision ultimately since they’re the ones voting.”

Given the city’s limited options when it comes to revenue, any potential source of additional income should be considered, according to Harkless, whether its payments from Meadville Area Water Authority or nonprofits in the city. Similarly, home rule and reassessment should be explored. Harkless said he considers health insurance a right, but said he would be willing to cut health insurance benefits for council members. Allowing the county to take over the city’s police dispatch is also worth considering, according to Harkless.

“I really think that getting more people involved in the process is really important,” Harkless said.

Stuck at home during the pandemic with lots of time to think, social studies teacher Andrew Herbstritt came to the conclusion that a run for City Council would be a great way to contribute more to his community.

“I’ve recently had some of my past students buy homes in and around my neighborhood, and that’s a very satisfying feeling,” said Herbstritt, who has taught at Meadville Area Middle School since 2008. “I want to be a part of this continuous improvement that this city is going through.”

Regarding the city’s future, Herbstritt said the past decade has him “cautiously optimistic” about the city’s next decade and the “coolness factor that Meadville is gaining.”

City property taxes have been a recurring source of concern as he has campaigned, Herbstritt said. He described the pattern of the past decade, during which council has passed two tax increases and one decrease, as “a good goal to have.” A tax increase would not be his first choice, he added, but council has few options when it comes to raising revenue.

Herbstritt initially viewed the city’s police dispatch as an unnecessary duplication of services already offered by the county. The department’s presentation on the issue forced him to reconsider, however, and now he would like to hear more, including from other municipalities facing a similar situation.

“If we’re going to make cuts to 911 dispatch,” he said, “I would think that would be something I would be in favor of cutting first.”

Business owner Gretchen Myers wants to see Meadville strengthen its community, economy and environment and said part of the appeal of running for municipal government is the chance to have a real impact.

“I do feel like this is a time when we could have good conversations and really solid conversations where there’s really solid listening and compassion,” Myers said, describing her desire to act as a bridge across political divides. “If there’s a place where you’re going to make progress, it’s really on this community level.”

Myers said she supported efforts to explore home rule, a form of municipal government that allows a greater degree of local control, and to achieve a county-wide reassessment. She also values affordable and diverse representation on the city’s various authorities, boards and commissions.

With regard to the question currently confronting council of whether the city should continue providing police dispatch services or allow Crawford County to assume those responsibilities, Myers said that a recent presentation from police officials made a strong case for retaining city dispatch but that further discussion could be useful.

“I think a really good nice, mature discussion back and forth would be good,” Myers said. “Maybe if there was a back-and-forth conversation we could figure out a really practical solution.”

Talking to the personnel involved would be essential, according to Myers. “My understanding is that we’re running a pretty skeletal crew,” she said.

Myers said she is running in order to see council engage in “a lively conversation” that includes a wider variety of voices from the community and that results in “finding good choices.”