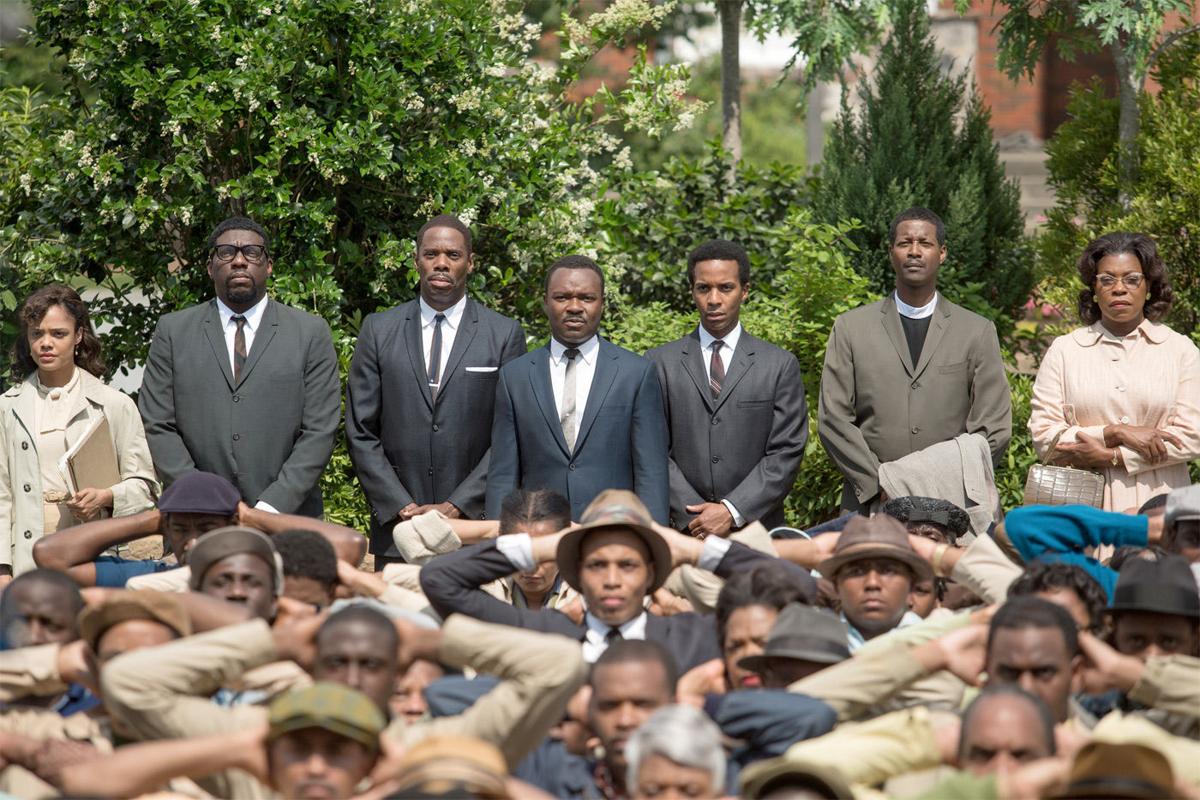 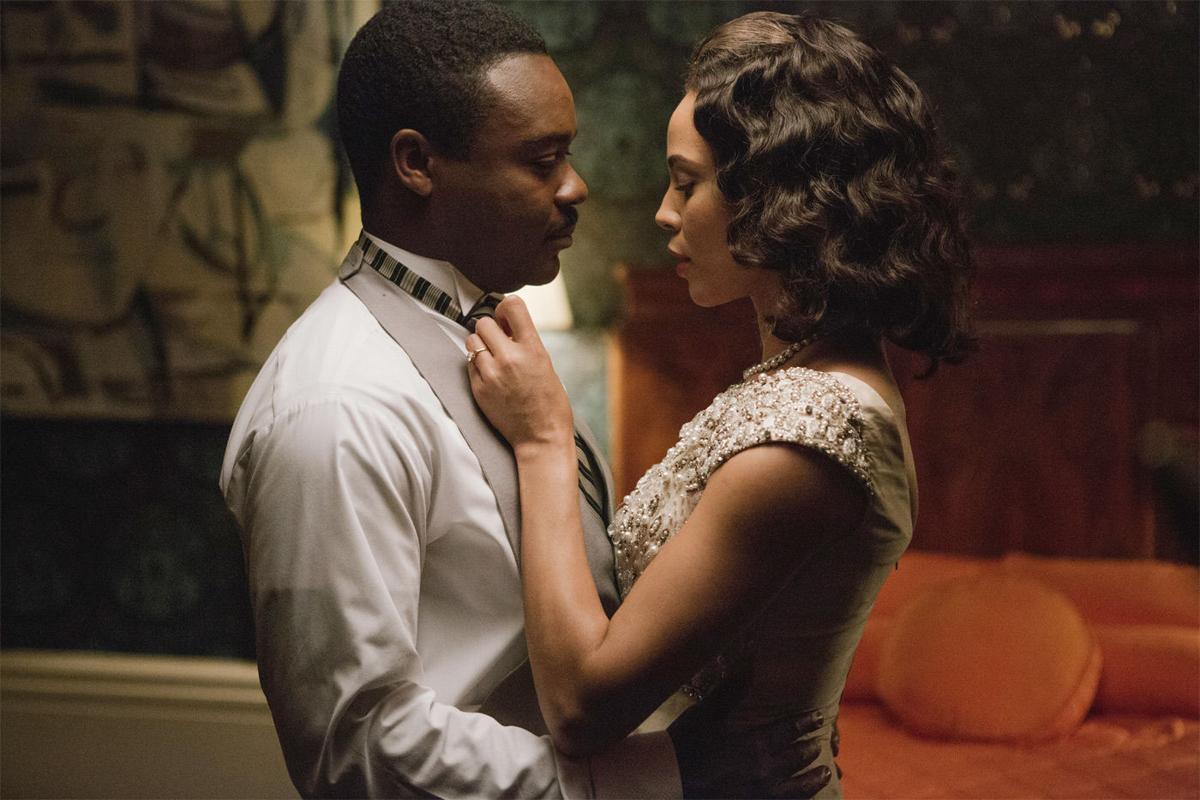 NEW YORK — One of the most pivotal periods in civil rights history is finally coming to the big screen. "Selma," depicting Martin Luther King Jr.'s voting-rights campaign and the weeks of bloody protests in Selma, Ala., opens Christmas Day. The movie could not be timelier, with current civil rights leaders steeped in a continuing fight over voting rights.

Oprah Winfrey is one of the producers, British actor David Oyelowo stars as King and Ava DuVernay directs.The director said on the red carpet last week at New York's Urbanworld Film Festival, "We made it with an elevated sense of responsibility." The film was more than seven years in the making, with several big Hollywood directors and stars circling around it at one point or another.

DuVernay said, "It's odd and jaw-dropping to me that in the 50 years since these events happened, there has not been a major Hollywood film about him." Another King-related film, "Memphis," has also been kicking around Hollywood for a while. One of the hurdles faced by films portraying King over the years reportedly has been a desire by his estate to protect his image.

While "Selma" is still being edited, at the festival The Root got a sneak peek, along with the cast, crew and a select few. What we saw were two moving scenes in which King explains the reasoning behind his demonstration tactics and marches to the Selma courthouse to protest slow voter registration. In person, Oyelowo only resembles King in stature and ethnicity. As DuVernay jokingly said, King was a "short black guy." But on-screen he oozes King, from his speech patterns to his nuanced facial expressions.

Oyelowo, who is deeply religious, said that he transformed himself into King for the role by gaining weight and shaving back his hairline. "At one point," he told the audience, "I looked in the mirror and I couldn't see myself ... Dr. King was staring back to me." It was clear the role took a personal toll on Oyelowo, who broke down in tears after seeing himself as King for the first time.

He saud, "It's very costly emotionally, physically, spiritually. You cannot go into an endeavor like this without going there. King felt a lot of guilt about the people who were cut down because of the movement and the cost on his children, his wife. So you have to go there, and I can proudly say I went there."

Oyelowo was originally cast as King in 2007 by Lee Daniels, who was set to direct with Brad Pitt's company producing, but that production hit a financing wall. "People don't want to see black protagonists. They weren't necessarily saying that, but that's what they meant," said Oyelowo, who went on to star in "Red Tails" and DuVernay's "Middle of Nowhere," as well as play Forest Whitaker's eldest son in Daniels' "The Butler." However, the actor never let go of "Selma," and in 2013, DuVernay came on board and started to do rewrites of the script. But the film still needed a heavy hitter, so Oyelowo asked his "Butler" "mother," Oprah, to be a producer.

She became obsessed with the movie, said Oyelowo. DuVernay added that there were some dismal times and Oprah got them through it. In her mind, the director said of Oprah, "I'm walking through a dense jungle and she's in front of me with a machete just hacking away so I can follow her."

DuVernay is known for her small, independent, character-driven films and won best director at Sundance for "Middle of Nowhere." She had stayed away from Hollywood movies until now in part, she said, because "studio films were preoccupied with seeing black people in hindsight."

But "Selma" struck a chord with her. "I always knew King was badass, but no one really talks about that. He's been homogenized to a speech and a statue," said DuVernay, who said she wanted to change that. So the writer-director jumped at the chance to show King as a real man. "What we are attempting to do is present Dr. King as a man. Not a statue, not a speech, not a picture, but as a brother who had a wife, who had a complicated relationship with her and the people around him. Who was sometimes great and sometimes not so great," said DuVernay.

A lot of familiar black Hollywood faces are cast in "Selma," including Common, Cuba Gooding Jr., André Holland, Carmen Ejogo and Niecy Nash. Ruben Santiago-Hudson, who plays civil rights leader Bayard Rustin, said that "Selma" is an extremely important film: "We don't know our history. Our educational system has almost made us strangers to ourselves when it comes to our history. So 'Selma' gives us a little slice of our history when it comes to the reality of it, not in the romanticized Hollywood version of it, but the reality of our history."

After the screening, someone asked Oyelowo how he would respond to critics that may complain about someone from Britain playing King. "If Meryl Streep can play Margaret Thatcher, I can play King," he said. Streep won an Oscar for that role, as did British actor Daniel Day-Lewis for the title role in "Lincoln," a film that Oyelowo was also in.

When I brought up the fact that a Christmas release by Paramount Pictures means the studio may want to get the film out there in time for Oscar contention, DuVernay smiled, laughed and tried to deflect: "It's a big date for a film about black folks, made by black folks, and we just hope people go out and support it."

James "Jim" A. Miller, of 7317 Vincent Road, Cochranton, PA, peacefully passed away Friday, July 3, 2020. He was borne to the late Andy and Mintie (Bender) Miller on November 5, 1930. He accepted Christ as his Savior, and was a faithful member of the Amish Church of Guys Mills, PA. He was un…